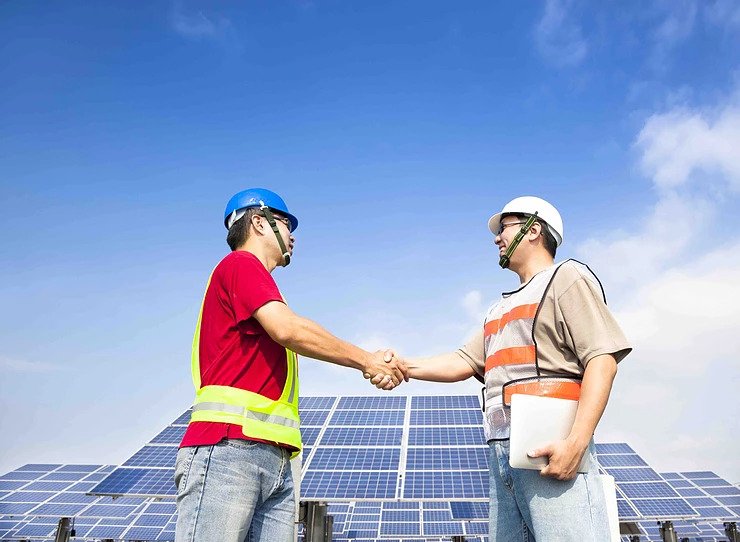 GRIDSERVE® are delighted to announce that they have successfully completed the sale of their 10MW EFR project to Foresight Group, with BELECTRIC selected as the EPC to construct the project in-line with National Grid’s requirements.

GRIDSERVE® are delighted to announce that they have successfully completed the sale of their 10MW EFR project to Foresight Group, with BELECTRIC selected as the EPC to construct the project in-line with National Grid’s requirements.

GRIDSERVE® acquired a controlling interest in the project from Aura Power who secured the land rights for the site. Thereafter GRIDSERVE® were successful in securing one of only eight successful contracts out more than 200 bids, and the highest value contract in total. GRIDSERVE® also secured the grid connection, took the project through planning, and met all of National Grid’s post tender milestones.

Given the relatively new asset class of utility scale energy storage projects, GRIDSERVE® appointed Jones Lang LaSalle to run a process to identify a funding partner for the project, and GRIDSERVE® and Aura ultimately chose Foresight to complete the project delivery with BELECTRIC as the EPC contractor.

“The investment in the Nevendon battery storage project is a further example of Foresight’s contribution to the transition from a fossil fuel dependant centralised network to a decentralised low emissions system, consolidating our position as a leader in renewable-enabling infrastructure. We are delighted to be collaborating with GRIDSERVE®, Aura Power and BELECTRIC, with whom we have worked closely in the UK solar sector over the last three years with more than 100MW of BELETRIC solar projects acquired and operated by Foresight funds, including the 46MW Landmead asset.”

“We are delighted to have secured the delivery of one of the UK’s most advanced Enhanced Frequency Control projects, this marks an important milestone for GRIDSERVE® and we look forward to continuing to progress the remainder of our 200MW UK portfolio of energy storage and solar-hybrid projects”

GRIDSERVE® is focussed on both EMEA and Asia-Pacific, and as well as UK energy storage projects is developing a substantial portfolio of solar-hybrid projects, that provide dependable, low cost, clean power.