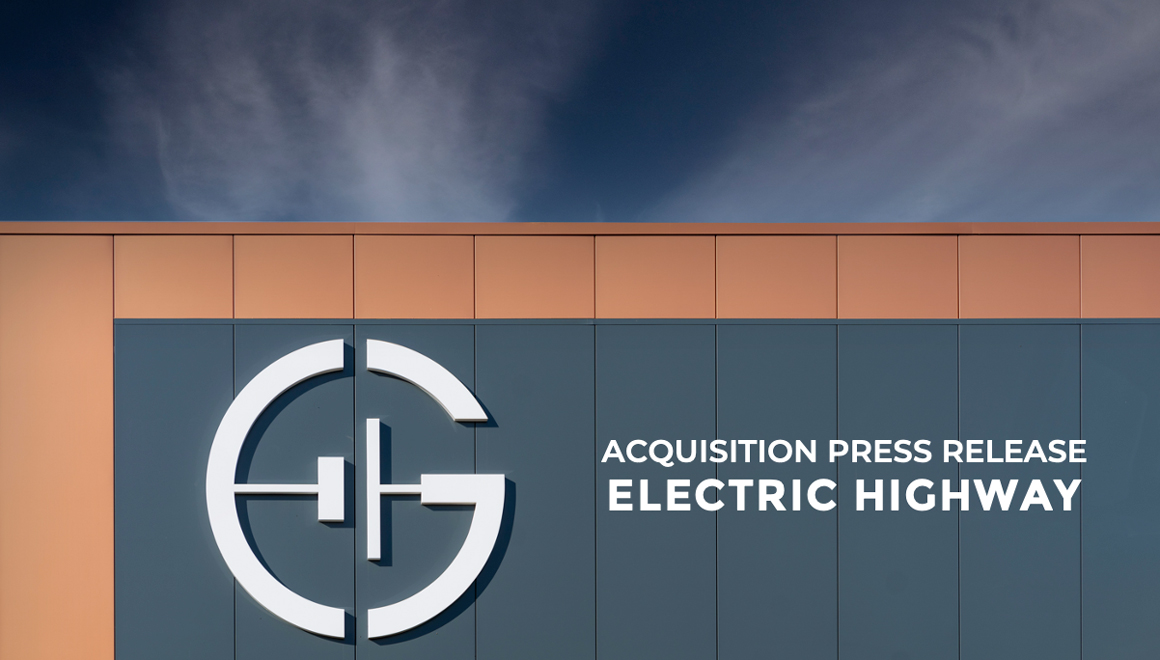 The sale will enable Ecotricity to push new boundaries in its core green energy business – with innovations like Britain’s first Green Gasmill – a revolutionary process of making ‘natural gas’ for the grid simply from grass. It will also bring forward a series of solar and battery storage projects to be built without government support, while expanding its Sky Mining facility – a world first carbon capture and storage process that turns atmospheric carbon dioxide into diamonds.

The Electric Highway began a decade ago and played a pivotal role in kickstarting the country’s electric car revolution, enabling early adopters to drive the length and breadth of Britain. In a decade, charging has leapt from 3-pin plugs and 7kW charging to the current state-of-the-art 350kW, capable of providing 100 miles of charge in around 5 minutes, while typical car range has increased from 80 miles to over 300.

This technical progress and rapid price convergence of new electric cars with their fossil counterparts has seen more than 500,000 plug-in cars now on UK roads – with around 7% of new vehicles sales so far in 2021 being pure electric vehicles. Many of the world’s largest car manufacturers have announced dates for the final production of fossil powered cars and the Government have put a long stop on this by announcing a ban on the sale of new petrol or diesel vehicles by 2030. The unlikely electric vehicle revolution that began 10 years ago will be nearing completion in only ten more.

GRIDSERVE are ramping up investment in the Electric Highway with the replacement of all the existing chargers on the network with new technology that features all the latest advances including contactless payment – and the opening last month of the first high power charging facility at Moto’s new flagship Motorway services at Rugby, featuring 12 x 350kW chargers.

“We’ve reached an interesting point in the electric car revolution, exponential growth is just around the corner, the technology for charging has evolved with one standard and an incredible rate of charging now being possible – using an electric car is almost on a par with using a fossil powered car, where you can just top up once every week or two. And the Electric Highway needs a growth spurt, to make sure that it stays ahead of driver demand and continues to play it’s key role, as the network that delivers more miles every year than any other. For this the Electric Highway needs an owner with access to serious funding and real commitment to the cause – I’m delighted to have found the ideal company to hand the baton to, in GRIDSERVE.”

“It’s a real honour for GRIDSERVE to have been chosen by Ecotricity as the organisation to take the Electric Highway forward in its next phase. Our purpose is to #deliver sustainable energy and move the needle on climate change, and the upgraded network will provide the confidence for millions more people to make the successful transition to electric vehicles in the earliest possible timeframes.”

Founded in 1995 from a single windmill by Dr Dale Vince OBE, Ecotricity was the world’s first green energy company.  Today, it now powers over 200,000 homes and businesses across Great Britain with 100% renewable electricity from the wind and the sun – and carbon neutralised gas. Ecotricity also operated the Electric Highway, Europe’s first nationwide electric vehicle charging network, which helped kickstart the EV revolution.

GRIDSERVE® is a tech-enabled international sustainable energy business which develops, builds, owns and operates solar energy and battery storage solutions for critical power infrastructure. GRIDSERVE’s team have been responsible for the development, construction and operation of more than a gigawatt of solar energy and energy storage solutions, including connecting over 100 utility-scale sustainable energy projects to the UK grid.

GRIDSERVE® is interested in connecting with additional operators of fleet vehicles, developers, EV manufacturers, local authorities, and multiple other potential partners who share our vision in collaborating across all the critical power infrastructure we are delivering, including Electric Forecourts®, hybrid solar farms, and remote power solutions.

GRIDSERVE, the tech-enabled sustainable energy business with a growing national charging network, is submitting a planning proposal application to Liverpool City Council to build another of its award-winning Electric Forecourt® sites, in Edge Lane, Liverpool.

Plymouth is to become home to a state-of-the-art GRIDSERVE Electric Forecourt® that aims to make charging an Electric Vehicle (EV) more convenient, more enjoyable and much more affordable than using a traditional petrol forecourt. The development will put the city at the forefront of the UK’s low carbon transport revolution