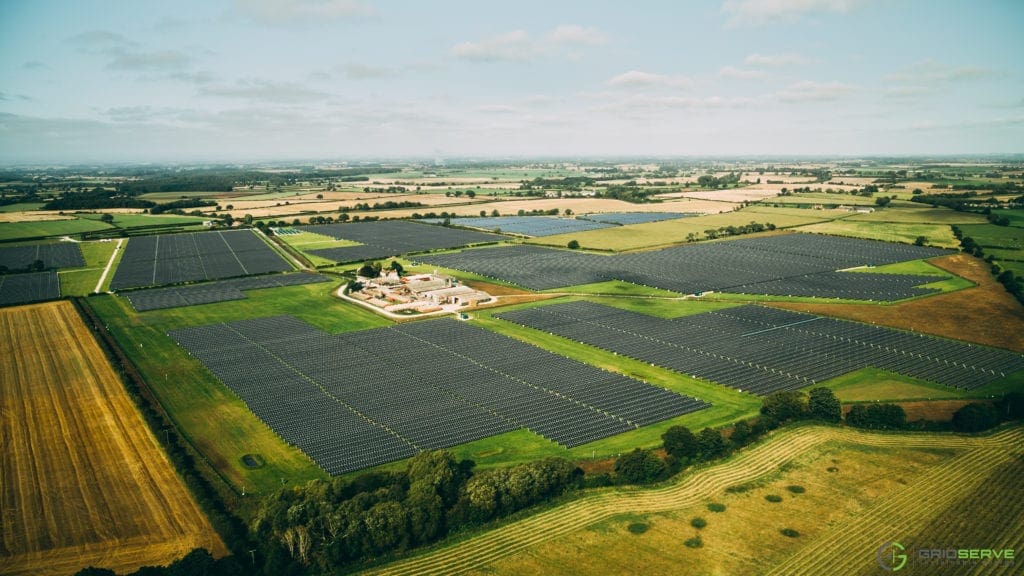 – GRIDSERVE’s pioneering sustainable energy projects, in partnership with Warrington Borough Council, will supply 100% of the Council’s electricity cleanly, and generate millions of pounds every year to fund essential services and support economic regeneration in Warrington –

GRIDSERVE announces today that it has closed the funding to build the UK’s most advanced solar farms for Warrington Borough Council in a landmark deal which will make it the first local authority to produce all its own electricity from clean energy and generate millions of pounds every year to support essential services and economic regeneration in Warrington.

Investec Bank and Leapfrog Finance will fund construction of the two largest solar farms to be built in Great Britain since 2016. The projects will use large batteries and innovative technology to maximise revenues and demonstrate a new commercial model for delivering subsidy-free utility scale solar energy in the UK.

These will be the most advanced solar farms in the UK – and quite possibly the world – ushering in a new era of subsidy-free, truly sustainable energy. We’ve completely rethought the solar model, looking in detail at how to maximise value at every step, and these projects will also pioneer the use of cutting-edge technologies that serve the grid”.

GRIDSERVE reached financial close on the projects last week, and construction of the first 34.7MWp hybrid solar farm plus 27MW battery storage system at York is due to commence imminently. This is due to be followed by a 25.7MWp solar farm at Hull. Warrington Borough Council has agreed to pay £62.34 million for the two assets and will take ownership when they are operational. GRIDSERVE will continue to operate and maintain the solar farms over their lifetimes to maximise system performance and value for the council.

The Council expects the two projects to generate millions of pounds in profits every year for 30 years. The Hull solar farm will supply all the council’s electricity needs and cut its energy bills by up to £2 million a year. Electricity from the York solar farm will initially be sold on the open market, although a number of additional Local Authorities have already expressed an interest in buying its power.

Together the two solar farms will generate enough green electricity each year to supply the equivalent of more than 18,000 average UK homes, or power more than 30,000 electric vehicles, saving 25,000 tonnes of carbon per year.

Leader of Warrington Borough Council, Cllr Russ Bowden said: “This deal is good news for Warrington residents and good news for the environment. The solar farms will secure our energy supply, give us control over our energy prices, contribute to reducing fuel poverty and generate an estimated operating surplus of £150 million over 30 years that can be invested back into the most important frontline services.

Councils have a major role to play in helping to meet carbon emission reduction targets. These two sites are a working model that we hope other Local Authorities will follow.”

Olivier Fricot of Investec said: “We’re proud to have supported GRIDSERVE on this landmark deal. Projects such as this one are fundamentally changing the way solar power is funded and delivered, and we see appetite for future projects following this template.”

The two solar farms will involve a number of “firsts” for the UK solar industry, pioneering the commercial use of new technologies to maximise solar generation, make more money from electricity sales, and earn income from grid services:

As part of the funding deal with social impact investor Leapfrog Finance, the Council will invest £85,000 a year from the projects into a community benefit fund aimed at delivering social and environmental outcomes in Warrington. GRIDSERVE will also make a £100,000 contribution to fund specific initiatives associated with the fund’s goals.

Leapfrog Finance, CEO, Claire Hanratty said: “The openness of the Council and GRIDSERVE to Leapfrog Finance’s invitation to invest £2.25m of surpluses into a community benefit fund for social impact in Warrington is another landmark element of this deal and one all the parties should be justifiably proud of.”

The Association for Public Service Excellence (APSE) has evaluated the project and judged the council’s business model to be prudent, commercially viable and of high investment grade. Also advising on the transaction were: Watson Farley & Williams, DNV GL, and Marsh (for Investec); Lux Nova Partners (for Leapfrog Finance); TLT LLP and UKGlobal (for GRIDSERVE); and Geldards (for Warrington).

GRIDSERVE is a tech-enabled international sustainable energy business which develops, builds, owns and operates solar energy and battery storage solutions for critical power infrastructure. GRIDSERVE’s team have been responsible for the development, construction and operation of more than a gigawatt of solar energy and energy storage solutions, including connecting over 100 utility-scale sustainable energy projects to the UK grid. GRIDSERVE is interested in exploring new project opportunities, funding partners, and making new connections, for both hybrid solar farms and Electric Forecourts® 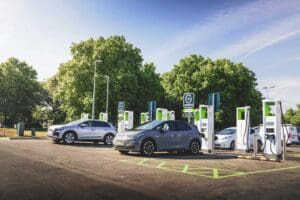 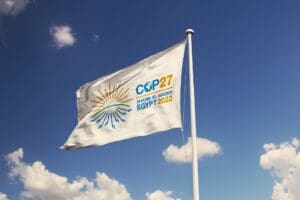 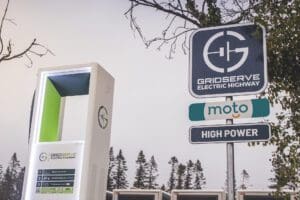 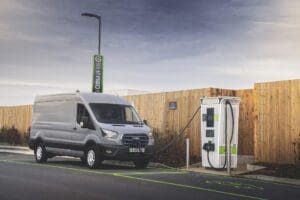