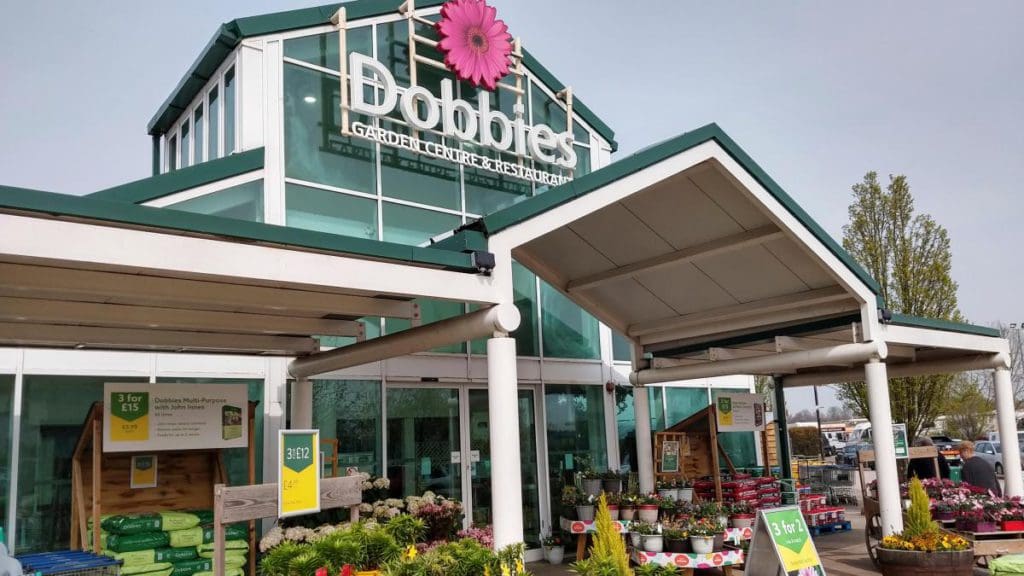 This is a UK-first partnership between GRIDSERVE and a major garden centre retailer and will initially see 30 ‘Destination Electric Hubs’ installed in Dobbies’ car parks across the UK, from Aberdeen to Ashford, each containing up to 12 high power EV charge points with connectors that support all types of electric vehicles.

The state-of-the-art charging units will accept contactless payment, provide real-time usage updates to both the GRIDSERVE map and Zap-Map and will be powered exclusively by net zero carbon energy. They will also adopt GRIDSERVE’s highly competitive standard nationwide pricing, making it considerably cheaper to re-charge an EV than fill an equivalent vehicle with petrol or diesel.

Graeme Jenkins, CEO at Dobbies, said: “As we build on the #SustainableDobbies journey, the partnership with GRIDSERVE demonstrates our ongoing commitment to providing our customers with environmentally-friendly solutions.

“We are proud to be the first garden centre retailer to work with this forward-thinking and innovative company and we look forward to welcoming electric vehicle drivers as we roll out this service across the UK throughout 2022.”

Toddington Harper, CEO of GRIDSERVE, added: “We’re thrilled to be partnering with Dobbies on this category-first collaboration. Not only do Dobbies share our long-term commitment to sustainability, their support will help raise both the viability and visibility of electric vehicles and EV charging to new audiences.

“To protect the environment and address climate change the Government has committed to banning the sale of new petrol and diesel vehicles in only eight years, and this has helped put EV sales on an exponential growth trajectory. Our partnership with Dobbies will support the uptake of EVs further, and deliver many fantastic new charging locations for EV drivers across the UK.”

The initial charger deployments are in the following Dobbies’ locations: